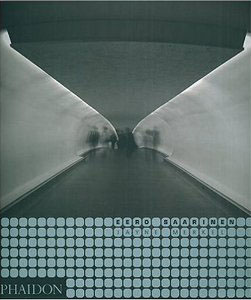 Our Salon Series seeks to continue Mr. Rudolph’s intent for Beekman Place. Always eager to entertain similar and differential viewpoints, he enjoyed the “intellectual ping pong” of lively discussions at his home. Using the domestic-scale environment of the MODULIGHTOR building, we have drawn several intimate crows with authors, scholars and practitioners in the field who offer new viewpoints into the work and period of Mr. Rudolph.

– Architects who worked in Rudolph’s time, or have intervened into his buildings have included Gunnar Birkerts and Jared Della Valle of DBA who renovated Mr. Rudolph’s 23 Beekman Place.

– Scholars with direct working connections to Rudolph – John Morris Dixon discussed Paul Rudolph in the Press and R.D. Chin, a former employee talked about life in the office and his work. Both talks provided direct insight into experiences with Rudolph the Man.

The Foundation seeks to continue these homespun events with more original viewpoints in the coming months. For more information about the Salon Series, please contact events@prfconcrete.dreamhosters.com, or check back to our events page regularly.